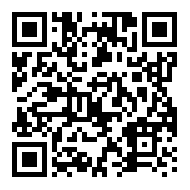 Syngenta is present in the main Brazilian agricultural regions through research centers and experimental stations, as well as the realization of experimental plantations developed in partnership with producers of varied crops in various ecosystems and localities of the country. The company is also represented institutionally in São Paulo and Brasília.  Syngenta Brasil has about 1,800 professionals and is part of a complex and diversified production chain, which involves suppliers of a wide variety of profiles - from leading chemical industry and global operations to agricultural companies, independent producers and farmers' cooperatives.  The company's structure in the country reflects its objective of being close to its customers, subdividing into two major areas: the Sugarcane Territory, which has the Sugarcane Unit, and the Brazil Territory, made up of five Commercial Units.