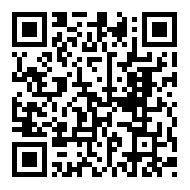 Today, Albaugh, LLC is recognized as the largest, American based, manufacturer and formulator of off patent agricultural crop protection products.  Founded in 1979 by Dennis Albaugh, the company has grown from its humble beginnings to where it is today through organic growth as well as targeted acquisitions.  In 1987 Albaugh acquired its first EPA technical registration and began formulating 2,4-D in Ankeny, Iowa. A manufacturing and formulating facility in St. Joseph, MO was purchased in 1991. The company began its global expansion in 1997, acquiring a 56% stake in a company in Argentina, Atanor S. C. A.  The global growth continued in 2003 with the purchase of a copper fungicide production plant in Mexico.  In 2005, Albaugh owned Atanor acquired the assets of a production facility in Brazil.  2006 marked beginning of glyphosate synthesis in St. Joseph, MO, with the first gallons of Gly Star® product being produced.  In 2007, the company expanded into Europe with the formation of Albaugh Europe Sárl. In 2011, the North American expansion continued with the acquisition of AgWest ULC in Canada, which has been rebranded to AgriStar Canada.  In 2014, Albaugh implemented a new global organization structure. With this new structure, the company will be able to capitalize on synergies created by the global entity and create more efficiency within their organization, which will mean greater valued passed to their customers.